Menorca from the horizon 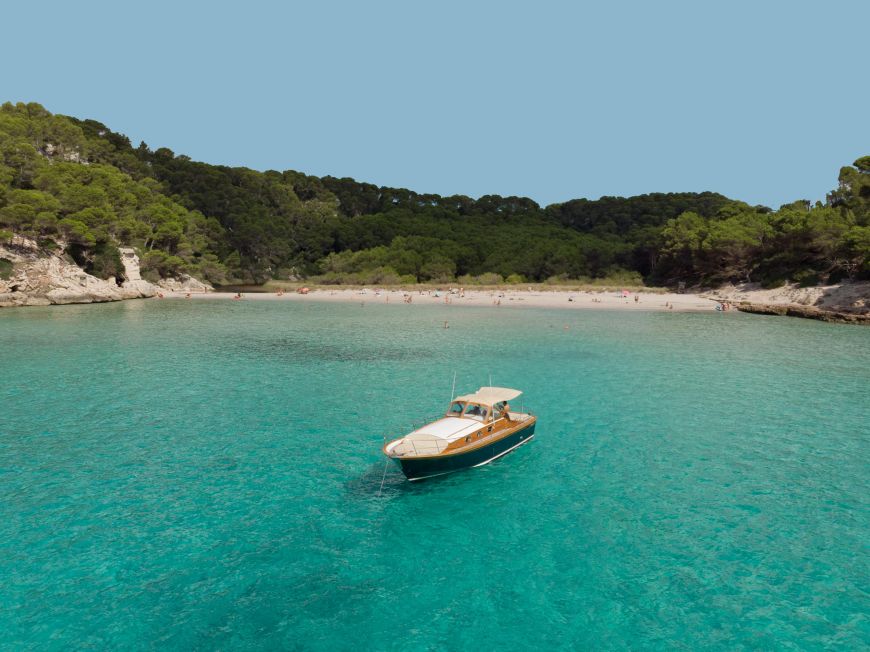 The evening breeze caressing your skin as you hold a glass of local wine aboard Heloise. Can you imagine it?

The Can Faustino experience brings together the two elements that characterize Menorca: the land and the sea. While the land is represented by outings to nature, especially in our Country Club, the sea is an incitement to freedom. To the independence of movements accompanied by the gentle rocking of the waves. That is why we put at your disposal a magnificent boat, Heloise, with which you can discover the Menorcan landscape from the water. Turn the perspective 180 degrees and admire the geological formations that define the coast of Menorca.

Heloise is our flagship boat. The first of a fleet that is in the process of expansion. Built in France, in mahogany wood and tailor-made for the Can Faustino experience, this 12-meter Classic Express is equipped with everything you need to provide an unforgettable day in the waters of the Menorcan Mediterranean.

Enjoy the rays of light on the solarium at the front of Heloise. Or take a break after a delicious meal in the shady cabin, which also houses a kitchen and bathroom for added convenience.

Admire the turquoise green that bathes the southern beaches of the island. And feel the unique sensation of sailing on the bow of a classic boat.

The most spectacular coastal places in Menorca

Aboard Heloise, you are free to decide which course to take. Always advised by the staff on board, who will guide you depending on the weather and the state of the sea. In Menorca, the golden rule when setting out to sea is the following: if the tramontana wind blows, the one that comes from the north, the course to take is south; and if the air comes from the south, the destination must be the north coast. Although you can find enigmatic and beautiful places in the most unexpected corners, there are several almost mandatory stops on both coasts.

The landscapes of the north coast

A few kilometers from the port of Ciutadella, a natural formation in the form of a bridge makes its way into the marine layer. The environment of this natural construction hides one of the most coveted diving caves by underwater explorers, due to the clarity of the waters and the biodiversity it houses. Crossing the bridge underneath aboard the Heloise is quite an experience, where you can see up close the breathtaking height of the surrounding rocks.

Huge boulders caress the rugged coastline of the Biniatram area. The rock detached from the earth has been taking shape for hundreds of years thanks to the swaying of the sea, which has rounded the shapes and carved the edges. The warmth of the seabed highlights the deep blue color of the Codolar waters, where you feel like taking a bath during the warmest hours of the day.

This small cove is part of the Can Faustino experience. And it connects directly with the Country Club, in a walk through the Mediterranean pine forest. Being a cove with private access, quiet and calm are more than guaranteed.

The surroundings of Algaiarens, or La Vall, as this stretch of coast is known, is home to two of the wildest and most beautiful beaches on the north coast of Menorca. Surrounded by ocher and red lands, La Vall is a natural shelter during the central hours of the day, when the breeze tends to rise due to the heat that comes from the land.

The landscapes of the south coast

A bend in the land, a few minutes from crossing the Cap d'Artrutx lighthouse, houses one of the most beautiful sheets of sea on the south coast. This is the area known as the Cova des Pardals, named after the natural cave that once served as a jetty. The protection against the west wind makes it a perfect area to rest at noon.

A few meters from the great sandy area of ​​Son Saura, this small cove of fine white sand hides. The gentle slope of the coast gives Es Talaier a paradisiacal aspect, in which a swim in the transparent waters at mid-morning will be like immersing yourself in a piece of fresh heaven.

Behind a huge limestone cliff, characteristic of the southern coast of the island, appears one of the natural wonders of Menorca. These are the beaches of Macarella and Macarelleta, the jewel in the crown of Menorcan coves. Recognized by various tourism publications in the lists of the best beaches in Spain, Macarella and Macarelleta stand out for their intense turquoise sea in which the boats seem to levitate. 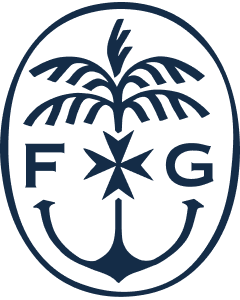